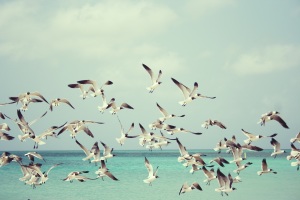 Devoted friend to all who knew her

Gail Braceland Gallant, 74, passed away peacefully in her Scottsdale home on Friday, April 5th, 2019 after a courageous battle with cancer.

Born in May 21st, 1944 in South Philadelphia and raised in Drexel Hill, PA, Gail was a 1962 graduate of Archbishop Prendergast High School and received her bachelor’s degree from Drexel University in 1966.

Upon graduation, she was among the first female Management Trainees for Sears, Roebuck and Company and remained employed with them as a Buyer for more than 20 years.  Incidentally, it was at Sears that she met her first husband, Richard.

Gail moved to the NY area in 1972 to work at Sears headquarters in Manhattan.  Years later, it was there that she started her own jewelry business called Crimson-N-Clover.  To the very last day, jewelry remained her passion.  In 2004, she moved to Scottsdale, Arizona, a desert city known for its spa resorts, superior shopping and reputation for active and loyal senior communities.  Ironically, her sister, Barbara, had also lost the fight to Cancer in Scottsdale just a month prior.

Gail thrived in Scottsdale (for obvious reasons) and it did not take her long to establish a network of wonderful friends and to meet her current husband, Mike.  Gail’s greatest joys over the years were socializing with all her friends, music, partying, dancing, pampering her dogs, the Scottsdale nightlife, and most importantly, having Mike sing special songs to her.  She also adored living by her nephew Peter, whom she shared a special bond with over the 15 years living in the Valley of the Sun!

Gail is preceded in death by her former husband and best friend, Richard, her sister, Barbara Braceland Weed and her parents, J. Frank and Florence Braceland.  She is survived by her husband, Mike Gallant, brother J. Frank Braceland, nephews Peter, Andrew and Dan, nieces Laure and Kate.

Gail’s final resting place will be with her parents and sister in Saints Peter and Paul Cemetery in Philadelphia.

In lieu of flowers, donations may be made in her honor to: