Share a memory
Obituary & Services
Tribute Wall
Read more about the life story of Alonzo "Al" and share your memory.

Alonzo (Al) Shattuck died peacefully with his wife by his side, following a stoke. He was a Veteran of World War II and served in the Pacific. Al was born in St. Louis, Missouri on July 1926 to Anna Terry Shattuck (nee Taubert). His father, Fred Shattuck, died when Al was two years old. He was educated at Washington University in St. Louis and furthered his education at Sofia University in Tokyo. Al enlisted in the Infantry with two close friends at 18, keen to experience the curiosities of the world. He was sent to Japan where he was to be one of the last contingencies sent to Iwo Jima, but the end of the war spared him. His love for Japan and the Orient was profound. After the war, Al remained there and became part of the Occupation where he rose to be Head of Security for the Port of Yokohama. After three years, his dedication to Security was recognized and he joined US Counter Intelligence as part of the Canon Agency investigating Korean drug trafficking to US forces in Japan. After six years, Al tired of the bureaucracy but remained in Tokyo to open his own Dinner Club, which was renowned and very successful. Through his contacts, he started to bring celebrities to the Orient to entertain the Occupational Forces stationed in the Philippines and surrounding countries. He traveled the world satisfying his endless curiosity too. Al's life in Japan spanned seventeen years before returning to the US, but he was such a free spirit that the country did not contain him for long. After a few years in Mexico, he then settled in Brazil building a Buddhist Temple for the large Asian population, it was an exact replica of the Golden Pavilion of Kyoto, Japan, the Kinkakuji. For 34 years Sao Paulo, Brazil was his home and in 1992 he met his wife, Lee, and they made a life together, working, enjoying the remarkable Brazilian nature, and golf. Brazil's lack of infrastructure for his later yeas of life led him to return to the United States making Fountain Hills his home. Al was a man who impacted the lives of all who knew him, he was a great raconteur and was very dedicated to the VFW Post 7507 where he was Commander from 2013 to 2014. He is survived by his wife Lee Chevallier Shattuck. Al will be sorely missed by all who knew his remarkable and very special gentle character.

A Memorial Service will be held on Saturday, February 18, 2023 at 11:00 AM at Messinger Fountain Hills Mortuary. A reception will follow at the American Legion Post 58 in Fountain Hills, Arizona. 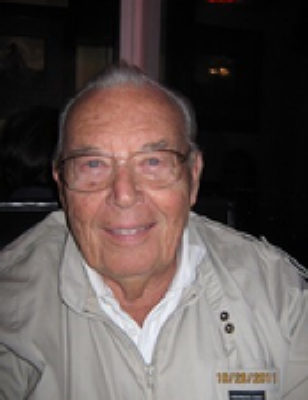