Plant a tree in memory of Audrie
An environmentally-friendly option 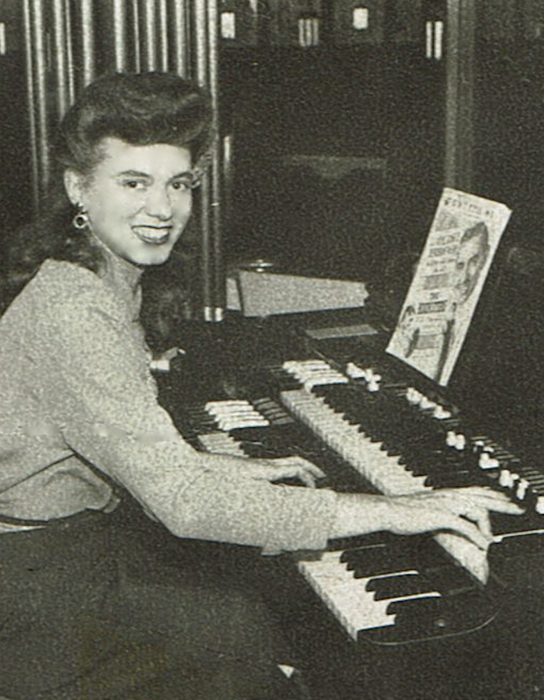 On Sunday, March 28, 2021, Audrie Garagiola, professional musician, artist, accomplished businesswoman and much-loved wife, mother, grandmother, and great-grandmother passed away at the age of 95. Audrie was born in St. Louis on November 18, 1925. On a warm September night in 1947, her life made a dramatic turn. She was the organist at the Arena Skating Rink in St. Louis. A brash, young St. Louis Cardinal named Joe Garagiola was there that night with his best friend Yogi—and their dates. Joe spotted Audrie and slipped away to introduce himself. They married two years later and were devoted to each other for 66 years. Audrie never sought the spotlight but was both a pioneer and adventurer. Already a professional musician at age 16, she eventually became organist for the St. Louis Cardinals baseball team, and at the time, only the second woman to play the organ for a professional sports franchise. Husband Joe often joked that back in 1957, a Garagiola played at the All-Star game… but it wasn’t him. Audrie’s greatest devotion was to her family. As a wife, she was quite literally the wind beneath Joe’s wings, enabling him to take their adventure on a new course when he answered the call to network television and the family moved to New York. As a mom, she kept everything running smoothly while Joe traveled for his network obligations. She was a Cub Scout leader, teacher of bike riding, pitcher of batting practice, and co-creator of science projects.  Her family was most important, and nothing brought more joy than her family gathered for Christmas celebrations with her homemade meatballs and signature dish of risotto. As a grandma, she was a painter of sparkle shoes and tee shirts, hider of Easter eggs, eager listener to every adventure and accomplishment of her grandbabies. She would play the organ, hands and feet flashing across the keyboards and pedals, while her grandchildren squealed with delight as they danced. Audrie was strong, pragmatic, and ready to face any challenge, whether figuring out a new computer or mastering the management of complex financial investments. In her later years, she served as a hospital volunteer, reflecting her compassion and generosity to others. Audrie loved sports, baseball of course, number one, where she would second-guess every decision, wondering why the correct moves were not more obvious to the manager. Audrie was the picture of style and elegance, comfortable mingling with heads of state at the White House, but equally ready to tackle the most unglamorous home projects, including stalking and eliminating home-invading scorpions with a fly swatter. Audrie was much loved by all who knew her and will be remembered best for her kindness, generosity, and how she loved to laugh. Audrie was preceded in death by her husband, Joe. She is survived by son Joseph H. Garagiola Jr. (Noel), son Steve Garagiola (Carol) and daughter Gina Bridgeman (Paul, deceased), eight grandchildren, and two great-grandchildren. Services are pending. In lieu of flowers, Audrie’s family is grateful for gifts to St. Peter Indian Mission School or Hospice of the Valley.

Plant a tree in memory of Audrie by clicking here.
To send flowers to Audrie's family, please visit our floral store.

Plant a tree in memory of Audrie
An environmentally-friendly option

Plant a tree in memory of Audrie

5 trees planted in memory of Audrie

Dear Steve and Carol, and to all in the Audrie and Joe Garagiola family
We are sending our sympathy
With love for you in our hearts
Denise, Paula, Mary.... and Karen with us in spirit
Denise Snyder Thiel, Paula Shelton, and Mary Reiner Shutters

Wow what an incredible mom (& dad) you had!  How blessed you were.  That's amazing that she lived such a long and beautiful life.  Praise be to God our Father.  I'm sending you all prayers for healing.

A Memorial Tree was ordered in memory of Audrie Garagiola by Carole Michaux.  Plant a Tree

A Memorial Tree was ordered in memory of Audrie Garagiola.  Plant a Tree

Plant a tree in memory of Audrie