Share a memory
Obituary & Services
Tribute Wall
Read more about the life story of Fred and share your memory.

Fred Sugidono, 75, of Watsonville, CA passed away peacefully on January 22nd, 2023, surrounded by his family.  Fred was born September 22nd, 1947 in Salinas, CA to Ichiro “Sam” Sugidono and Fumiko Okamura.  He was the eldest of four children.  Fred joined the Army in August of 1966.  He served in the Vietnam War, as part of the 1st Infantry Division – “The Big Red One”, and was decorated with 4 medals before being honorably discharged in August of 1969.  Fred married his wife, Paula in 1970.  They were blessed with 3 children, Joshua, Ryan, and Mindy.  Fred’s interest in agriculture led him to become a strawberry farmer for 14 years from 1971-1985.  He continued his career in strawberries, working at Carriage House Fruit for 10 years, where he followed the crops to Southern California and back.  Fred finished his career at Giant Berry Farms, where he made lifelong friendships.  Fred retired in 2005 and moved to Cave Creek, AZ to be closer to his children and grandchildren.  Fred will be most remembered for his sense of humor, and his love for his family, animals, and Bay Area sports teams (the 49ers, Giants, and Warriors).  Fred is survived by his wife Paula, sons, Joshua (Dawn), Ryan (Irene), daughter, Mindy (Dylon) of Scottsdale, AZ, brothers, Randy (Renee), Michael (Melinda), sister, Karen, nine grandchildren, Makayla, Kaylani, Zoe, Amaya, Xochitl, Joshua, Darby, Seamus, and Royce, as well as numerous nieces and nephews.  A Funeral Service will be held at Messinger Pinnacle Peak Mortuary on Thursday, February 2nd at 12pm.  A viewing will be held prior to the service at 10am, for anyone that would like to attend.  Following the service, a Military Burial will be held at the National Memorial Cemetery of Arizona. 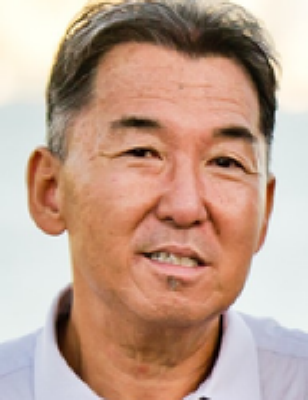