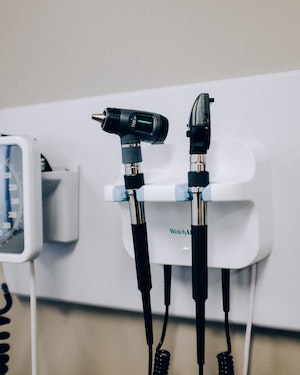 James Patrick Furlong, II, M.D. died January 9, 2021 in Rio Verde, AZ with his dedicated loving wife of 47 years Laurie at his side.

Born in 1946 in Troy, N.Y. to James Patrick Furlong, M.D. and Margaret Byrne Furlong Maloy, he lived in Stillwater, N.Y. before moving to Albany. He attended Vincentian Institute graduating in 1964. Jim was a DU and graduated from Tufts University in 1968 with a B.S in Civil Engineering. While attending RPI graduate school he worked as an Assistant Public Health Engineer for Rensselaer County. From there he entered medical school at Albany Medical College graduating in 1974. His first year of internship at St. Vincent’s Hospital in New York City was followed by a year of surgery residency there. Jim then did his Orthopedic Residency at New York Medical College. Following his residency he moved back to Troy, NY opening his practice in 1979 with the support and encouragement of Dr. Walter Gunther. He joined Northeast Orthopedics (OrthoNY) in 1999 until retiring in 2013.

Jim loved sports, running track and playing football in high school and football and rugby in college, and skiing in the winter in Vermont and golf in the summer. He carried his love of athletics to volunteering as a team physician for Troy High School (football), the Capital District Islanders (hockey), the Albany River Rats (hockey) and LaSalle Institute (football, hockey and lacrosse). Jim was instrumental in helping to form the Albany Cougars Hockey team for his son Sean, and volunteered as a ski Instructor with STRIDE and worked their Wounded Warriors ski weekends. He was a member of Troy Country Club for 30 years and at the time of his death was a member of Burden Lake Country Club and Tonto Verde Golf Club.

Jim was invested into the Order of Malta, American Association in 2003 and went on pilgrimage to Lourdes several times. Through Malta he volunteered on the medical staff for Lourdes, the Little Sisters of the Poor, the “Bun Run” to the Sr. Maureen Joyce Food Pantry, and worked dinners at St. John’s/St. Ann’s Outreach Center. After becoming a snowbird to AZ, Jim volunteered as Resource staff to the Rio Verde Fire Department, Verde Cares and preparing and serving dinners to the homeless at Andre House in Phoenix.

Jim loved Notre Dame and the trick trivia question was always “When did he graduate?” He spent many trips to South Bend with his brother Kerry and friends and went on many road trips. He was a constant in the foursome for the Notre Dame Classic Golf Tournament held annually. When his sons were young the question was what was the over/under on what was spent in the bookstore.

One of Jim’s greatest joys was going to Philmont, NM with son Chris and climbing Mt. Baldy in 2000 with the Boy Scouts. He enjoyed being with his family and friends and enjoyed a good party. There were celebrations for his 50th (Bowling), 60th (Hair of the Dog) and 70th, and black tie New Year’s Eve dinners and bocce tournaments complete with seeding and trophies.

Jim was predeceased by his parents and his sisters, Margaret and Kathleen (Reubens). He is survived by his wife, Laurie, his sons, Christopher (Laura Kultzow), and Sean, brothers Kevin and Kerry (Theresa) and his sister Elizabeth (John Gaudet), brother-in-law Joe Tamburr (Pat) and 8 nieces and nephews.

Due to Covid restrictions there are no services planned at this time.

You can still show your support by sending flowers directly to the family, or by planting a memorial tree in the memory of James Patrick (II) Furlong
Share a memory
© 2021 Messinger Mortuary. All Rights Reserved. Funeral Home website by CFS & TA | Terms of Use | Privacy Policy