Share a memory
Obituary & Services
Tribute Wall
Read more about the life story of Jan and share your memory.

Jan Harkins Crews, teacher, wife, mother, and grandmother, passed away on the afternoon of January 13, 2023. Her daughters and husband were by her side. Jan was born in 1936 in Houston, Texas to Cora Mae Haley Harkins and Thurman Isaac (Pops) Harkins. Jan was predeceased by her dear brother Pat Garet Harkins in September of 2021.

Jan could be found anywhere if one followed the sound of her infectious laugh, and she had a ready smile for everyone she encountered. She was beloved by all who knew her, especially her family. We will miss her for the rest of our days.

Her bighearted spirit made Jan a natural helper. She lived according to these principles attributed to John Wesley: “Do all the good you can, by all the means you can, in all the ways you can, at all the times you can, to all the people you can, as long as ever you can.” Jan adored animals, especially dogs, and for years the family included four-legged members, including dogs, a cat, lizards (a pair lived in the Boston fern for a while), and gerbils. She even helped her children acquire a couple of pet hermit crabs from the local hardware store. Jan was also fond of young people, and helped more than one of her daughter’s friends with advice, a place to stay, a few dollars, or by just showing up for them.

Through her generosity and many donated hours of work, Jan was a mainstay in the Federal Way community. She volunteered for the local food bank, for all the public schools her daughters attended (including numerous Saturday litter pick-ups), and two of Federal Way’s local theater groups, as well as for the local hospital for decades. She provided countless meals, worked dozens of church holiday fairs, and managed a great deal of other church duties, including memorial services. She worked on a few local political campaigns. Though she wouldn’t have called herself an activist, she and Tom believed in education for all and worked hard to pass public school levies. One of Jan’s heroes was Rosa Parks, and Jan always cheered wholeheartedly for those who fought for equal rights for every human.

Jan graduated high school from St. John’s School in Houston, Texas, in 1954. She went on to get her Bachelor of Arts in Education in 1958 from University of Colorado, where she was a member of Zeta Tau Alpha Sorority. Teaching took her from Denver, Colorado to Bakersfield and Imperial Beach, California and then on to Okinawa, Japan, before bringing her back to California. Jan was always a teacher at heart and gently corrected grammar as she saw fit, but only that of her husband, daughters, and grandchildren. She suffered the rest of the world’s gaffes in gracious silence. She wrote in a journal, “I didn’t teach the girls to sew, or to draw, or even to cook very well. But I did teach them to speak properly.”

It was on a blind date in Coronado, California where Jan met the love of her life, Thomas Charles Crews. He was stationed nearby with the United States Navy, and she taught school in a neighboring town. They were married on the twenty-eighth day of June, 1963, in Houston, Texas and made their first home in Coronado. When graduate school beckoned Tom, they moved to Fort Collins, Colorado where their two eldest daughters Katherine and Carol were born. Together, they lived in Casper, Wyoming; Coos Bay, Oregon; and Tacoma and Aberdeen, Washington, where they had their youngest daughter, Elizabeth. From there, Tom’s work with Weyerhaeuser took them to Federal Way, Washington, but Jan always longed for more sunshine, and Jan and Tom eventually moved to Scottsdale, Arizona, where Elizabeth lives with her family.

Jan loved her three daughters and her five grandchildren beyond measure. Her grandchildren say of her, “she is the best grandma anyone could ever ask for,” “she always showed up for me,” and, “I loved making sweet rolls and playing poker with her.” She never hesitated to get right down on the floor to play, and always accepted the challenge of a game of ping pong.

Jan’s family would like to thank the nurses and certified nursing assistants at Acacia Health Center of Phoenix who provided loving care to Jan in her last months, and Hospice of the Valley, also of Phoenix.

Services will be held in Scottsdale, Arizona at Pinnacle Peak Presbyterian Church on Saturday, March 25, 2023 (time to be determined) followed by a reception at Isabella's Kitchen; and also Federal Way, Washington (details forthcoming). For more information, please contact Katherine Crews at khcrews@yahoo.com. 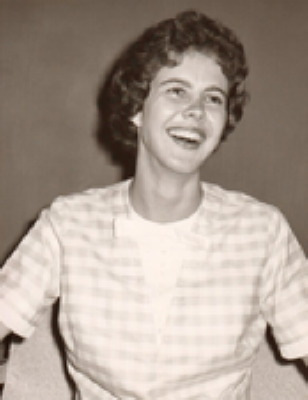 You can still show your support by sending flowers directly to the family, or by planting a memorial tree in the memory of Jan Crews
SHARE OBITUARY
© 2023 Messinger Mortuary. All Rights Reserved. Funeral Home website by CFS & TA | Terms of Use | Privacy Policy | Accessibility