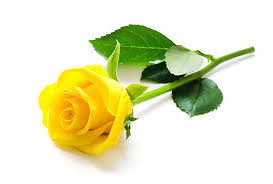 Jeffrey Aaron Buettner passed away on August 1, 2022, at the age of 32.  Born in Scottsdale, Arizona on November 20, 1989, Jeff always called the Phoenix area his home.  Though unknown by many, Jeff was born with a congenital heart condition that he battled his entire life. He bravely endured multiple heart surgeries performed by some of the world’s best doctors – in Phoenix, New York, and even London.

Jeff was an entrepreneur by heart & trade, he committed himself to business and philanthropic work from an early age. He was never afraid to take the road less traveled – forgoing a college opportunity to pursue a career in Real Estate while still in high school. After several years of helping to build the innovative eXp Realty, in 2020 Jeff realized a dream of creating his own team of eXp agents. He appropriately named it COR Consultants. COR is the Latin word for Heart - and Jeff had a lot of it. In addition to his professional work, Jeff contributed to the community by volunteering at Phoenix Children’s Hospital, American Heart Association, and Saint Vincent de Paul.

Jeff was admired and loved by his peers, friends, and family. He is often described as funny, the life of the party, and a people magnet. He always found a way to connect with others regardless of their age or background. Everyone was drawn to Jeff’s personality. He made people feel better about themselves, and he touched countless lives in a positive way.

Jeff was very creative, a great listener, genuine, and had a strong moral compass. He was looked to by friends and coworkers as the gold standard when dealing with questions of ethics and integrity. In every situation Jeff did the right thing – he always had the right thing to say.

On a lighter note, Jeff thrived by being around family and friends. He enjoyed golf, playing chess, the horse races, an occasional casino visit, and a great game night. He had an absolute passion for Phoenix Suns basketball and was an enthusiastic fan through good times and bad. One of Jeff’s favorite quotes is from Suns coach Monty Williams, “Everything you want is on the other side of hard.”  Jeff lived this mantra every day of his life, and somehow made it look easy.

Jeff proposed marriage to the love of his life, Lindsay Lippincott, in 2021 and they started a home together in Scottsdale. They planned to be married in February 2023. In addition to Lindsay, Jeff is survived by his parents, Glen and Pamela Buettner, his sister Melissa (Colin) Hopkins, and a large extended family who loved him very much.

A Celebration of Life is being planned & information will be posted when decided upon.

In lieu of flowers, the family suggests a contribution to one of the following in Jeff's memory:

~ Phoenix Children's Hospital:
Jeff spent time at Phoenix Children’s Hospital (PCH) since the day he was born. He had multiple surgeries and other heart procedures. He also volunteered in several roles, including as chair of the Patient and Family Alumni Leadership group (PALs).  The group is a philanthropic team of former patients and family members giving back to the hospital through events and fundraising for PCH’s small grants program. Use this link to assure contributions automatically go to the Adult Congenital Heart Disease fund in Jeff's honor.

~ Go Fund Me – Jeff Buettner Memorial Fund:
We don't have specifics yet but do know there are many upcoming expenses. Jeff was engaged to be married in February and his fiancé Lindsay will need support to continue the household that she and Jeff started.  Lindsay would also like to continue some of Jeff’s philanthropic work.