Share a memory
Obituary & Services
Tribute Wall
Read more about the life story of John and share your memory.

John William Stafford passed away on 11/27/2021.  He was the only son of George H. Stafford and Mary Ann Stafford (nee Brennan) of Parkchester, New York City.  He was preceded in death by his wife Betty Stafford who died on 12/29/2019.  He is survived by his Daughter Beth Ann Stafford and his son Brian John Stafford, his daughter-in-law Katerina Vlcek Stafford, his grandchildren Kevin, Kathleen, and John, Kevin’s wife Trina, and his great-granddaughters Savannah and Juliette.

John W. Stafford received a B.S. in Aeronautical Engineering from M.I.T., an M.S. in Applied Mechanics and Electrical Engineering from the Polytechnic Institute of Brooklyn, and an M.B.A. from Fairleigh Dickinson University.  His work included stress analysis of aircraft, nuclear reactor control drive mechanisms, the mechanical design and development and manufacturing of TELSTAR, the world’s first active communications satellite which launched on July 10, 1962, and ushered in the telecommunications systems we enjoy today.  He also worked on emergency power sources for telephone sites, the development of integrated circuit masks making equipment such as the Electron Beam Exposure System (EBES)which ushered in the era of very large scale integrated circuits (VLSI), the packaging of integrated circuits (ICs), the physical design of, and assembly processes for, LEDs, LASERS, and electronic subsystems such as optical data links, the development and introduction to manufacture of Direct Chip Attach (DCA) technology for assembling flip chip die onto organic printed circuit boards which ushered in the ministration of hand held electronic products, the assembly and packaging technology for virtual displays, and the development of embedded passive design methodology and technology for RF Modules.

He was the author of 45 technical publications and talks, authored two textbook chapters, and was awarded 26 patents.  In 1984 he received the Semiconductor Equipment Materials Institute, Inc. SEMMY Award for his work on Electron Beam Exposure Systems.  He is listed in “Who’s Who in Technology Today”, 5th Edition Volume 1.  In November 1984 he was elected a fellow of the Institute of Electrical and Electronic Engineers (IEEE).

He was a Director of the International Electronics Packaging Society from 1984 to 1986.  He was General Chairman for the 43rd Electronic Components Technology Conference (ECTC).  In 1987 he served as an IEEE Congressional Fellow in the office of Senator Alfonse D’Amato of New York.  He served as President of the IEEE Components Packaging and Manufacturing Technology Society (CPMT) from 1998 to 1999.  In October 2000 he led an Ambassador Program IEEE CPMT Delegation to visit universities and electronics companies in the People’s Republic of China.  He was responsible for developing the Motorola Packaging Fellowship which is awarded annually for the best student paper presented at ETCT.

He worked at the Grumman Aircraft Company, GE Knolls Atomic Power Laboratory, Bell Laboratories, ATT Information Systems, Lytel, Inc. of which he was a cofounder, and Motorola.  He retired from Motorola in 2001 and founded JWS Consulting, P.L.C. which specialized in optoelectronic and RF packaging consulting.  He served as Chair of the National Electronic Manufacturing Initiative (NEMI) Optoelectronics technical Working Group from 2000 to 2004.  He was a registered Professional Engineer in Arizona, Illinois, New Jersey, and New York.

He served as an active duty commissioned officer with the United States Air Force from 1954 to 1956 and with the Air Force Reserve until 1962.  While on active duty he served as the Maintenance Officer with the 822nd Bomb Squadron based out of Laon, France.  Later he joined the Civil Air Patrol and acted as a mentor to many of the young men and women of the Linden Composite Squadron.  He was also a member of the American Legion.

In lieu of flowers memorial donations may be made to the American Legion in John's honor.

Memorial service attire will be casual.

Refreshments will be served at Messinger Pinnacle Peak Mortuary prior to the memorial service. 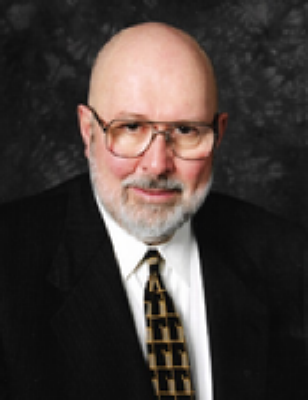