Read more about the life story of John and share your memory.

John P. Zafirakis was born July 10th, 1940, to Panagiotis and Konstantina Zafirakis in Athens, Greece. He was the third youngest out of 7 children. Despite spending his formative years in Nazi-occupied Greece, he was spoiled rotten by his brothers and sisters, but especially his mother (the “best woman in the world” and a “saint”).

He apprenticed in West Germany and learned his trade as a machinist, a career that he would embrace and take with him to the new world. Before emigrating, however, he served in the Greek Navy and worked as a III Engineer in Aristotle Onassis’ shipping company, Olympic Maritime S.A and thus, traveling the world.

He emigrated to the United States in 1971, to Sheboygan, Wisconsin but settled in Joliet, IL. In 1979, he married Robin Sue Latman and had two children: Tina Nicole (1981) and Laura Ann (1985). The family later moved to Mesa, Arizona, in 1991 and never left. Despite divorcing in 2007, he and Robin remained close.

He was a skilled chef and recreated many of his favorite recipes from his mother. He imparted these recipes to his youngest daughter, Laura, and lived to critique her recreations until she mastered said recipe(s) to suit his exacting palette.

He had an exorbitantly large personality, was deeply opinionated, unabashed about sharing these opinions, and immensely proud of his Greek heritage and culture.

His hobbies included: watching anything and everything Alaska on T.V., swearing he could live remotely in the tundra better than the people on T.V. He also loved watching any nature documentaries, especially if they contained big cats or hyenas, cooking, playing casino games on his tablet, and teasing Laura’s three chihuahuas.

He is survived by his two daughters, son (Kostas), grandchildren (Athena Marie and Isaiah Christian), nieces Dena (Thomas) and Sophia (Hamra), his ex-wife Robin, and his grand-dogs (Charlie, Millie, aka “Nelly” because he didn’t like the name “Milly,” Anna, Layla, and Tinkerbell).

He will be tremendously missed, and always in our hearts. 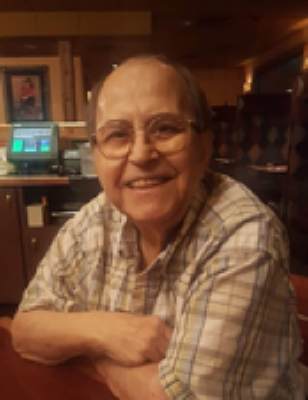