Share a memory
Obituary & Services
Tribute Wall
Read more about the life story of Keith and share your memory.

Keith Stuart Ehrlich, 71, of Concord, MA passed away peacefully on Friday, January 20th, 2023 after a year-long battle with pancreatic cancer. His loving wife and daughters were by his side.

Keith was born on February 20,1951 in Philadelphia to parents Richard H. and Helen F. Ehrlich of New York and New Jersey. Keith graduated from Ridge High School in Basking Ridge, N.J. He was a talented and passionate musician. Keith expertly played the clarinet, the bass, the saxophone, the guitar, and the mandolin. He had a sweet singing voice and played with bands throughout his life ranging from bluegrass to rock.

Keith received his BA in Biology from Drew University and his MBA in Finance and Accounting from Rutgers. After earning his CPA, he dedicated over 20 years of his life to discovering novel therapies as an industrious CFO and relentless problem solver in the Cambridge area biotech industry.

In 1981, Keith met his wife, Molly, and the two were married on Joy Street on Beacon Hill. They moved to Concord where they raised their daughters, Lindsay and Charlotte, as well as four well-loved corgis and one legendary frog. Keith and Molly recently retired to Harpswell, Maine and Fountain Hills, Arizona.

Keith was devoted to his family and amazed by his wife’s gourmet cooking and his daughter’s dry wit. He taught his daughters to lead with honesty and hard work so they would have many choices in life. Highly analytical, Keith was a fixer. He could fix anything – from a major crisis to a sticky doorframe. Keith was always working on a plan which often included adventurous trips or exploring classic cars. Discovering new places or talking cars filled Keith with a childlike awe, and he was often sharing this excitement with friends and loved ones.

Whether golfing, sailing or hiking, or playing music Keith enjoyed life and the cherished friends he shared it with. His friends were longstanding who truly appreciated his intellectual insights and quips. Also, it gave him enormous pride to celebrate his oldest daughter’s marriage in 2011 and to bless his youngest daughter’s engagement last year. He loved getting to know his two young grandchildren, A.J and Savannah Barr, in his final years.

Along with his beloved wife of 40 years, Molly, Keith is survived by his daughters and their spouses: Lindsay and Michael Barr of Pasadena, California and Charlotte Ehrlich and John Thomas of Chicago, Illinois. He is additionally survived by his sister, Barbara Ehrlich of Bedminster, New Jersey.

A funeral service and reception honoring Keith will be held in Concord, MA  (details to follow) 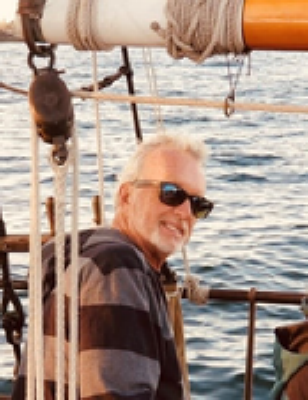 You can still show your support by sending flowers directly to the family, or by planting a memorial tree in the memory of Keith Stuart Ehrlich
SHARE OBITUARY
© 2023 Messinger Mortuary. All Rights Reserved. Funeral Home website by CFS & TA | Terms of Use | Privacy Policy | Accessibility