Share a memory
Obituary & Services
Tribute Wall
Read more about the life story of Kelly and share your memory.

It is with great sadness that the family of Kelly Ann Purcell announces her passing on February 6, 2021 at the age of 58. She died after a short illness at Banner University Hospital in Phoenix, Arizona.

Kelly was born April 9,1962 in Duluth, Minnesota, the daughter of Duane and LaRae Flaa. The family settled in Fargo, North Dakota, where Kelly graduated high school at Fargo South, and earned her BA degree at Moorhead State University in Moorhead, Minnesota, graduating in 1980.

Kelly married Mark Purcell on April 23, 1995. Together they raised their beautiful daughter Rachel. A devoted mom, she was passionate about her daughter’s many endeavors. Kelly passed her love of music down to Rachel.

After college and following her passion for business, she joined the team at GE Mortgage Insurance Company, and became a Regional Manager. She received many awards and accolades for sales and excellence; she was most proud of receiving the Presidential award from Jack Welch, President of GE. He told her she was boundaryless.

Kelly was a pioneer in the digital signature business and tech world. Along with two partners, they launched their own digital e-sign company, which concentrated on the mortgage industry. She became the most successful, driven, and dedicated business woman we knew.

Summers always found the family at Ottertail Lake where they had many family and friends. In later years, favorite family vacations were a trip back to Minnesota and the “Lake.”

Kelly loved entertaining a houseful of guests and was a gracious hostess and excellent cook. Kelly was upbeat, energetic, and always willing to help a friend. Her beautiful smile endeared her to many.

Preceding her in death was her father, Duane E. Flaa in 2003.

A private Memorial Service will be held in her memory. 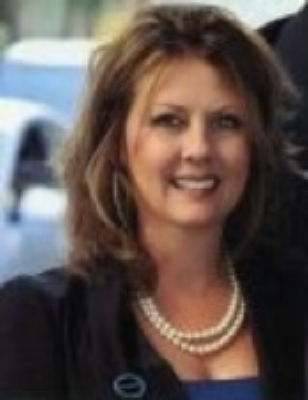 You can still show your support by sending flowers directly to the family, or by planting a memorial tree in the memory of Kelly Ann (Flaa) Purcell