Share a memory
Obituary & Services
Tribute Wall
Read more about the life story of Romulus (Rom) and share your memory.

Romulus (Rom) Caroselli II, passed away on Jan 17, 2023. He was born in Detroit, MI on August 20, 1934 to Romulus Caroselli I & Angeline Caroselli, from Agnone Italy. Survivors include his wife of 64 years, Josephine (Jo): Children; Joanne, Romulus III, Chris & Mary Potter (Doug): Grandchildren Michael Caroselli, Tracy James (TJ) & Jake Potter and his sister Florine (Flo). He graduated from the Detroit Institute of Technology and had a good career with Shell Oil Company, starting at age 19 working his way up from the mail room to sales manager and then distribution manager, and retired after 37 years of service in 1990. After serving 2 years in the army, his prayers were answered when he married a ‘nice Italian Catholic girl,’ Josephine (Jo) Petta, on August 9, 1958. After several transfers with the company, they arrived in Scottsdale, AZ with their 4 children in 1968. He was so active at Our Lady of Perpetual Help Catholic Church in Scottsdale that he was fondly referred to as "Mr. OLPH" by fellow parishioners for his service as a 40 year and founding member and first President of the OLPH Men's club in 1982, a 32-year adorer and founding member of OLPH Eucharistic Adoration in 1987 and served the St. Vincent de Paul Society for over 35 years. He was a generous, loving & faithful brother, husband, father & grandfather and will be greatly missed. Viewing will be 4 to 6 pm on Friday, January 27 at Messinger Mortuary, 7601 E. Indian School Road, Scottsdale. Funeral Mass & Rosary will be held at Our Lady of Perpetual Help Catholic Church,7665 E Main St, Scottsdale, AZ 85251, on Saturday, January 28th, 1PM Mass; 12:30 Rosary. The Funeral Mass will broadcast livestream on the OLPH Youtube Channel for remote live viewing and later viewing as well. In lieu of flowers, contributions may be made to St Vincent De Paul, OLPH Chapter. 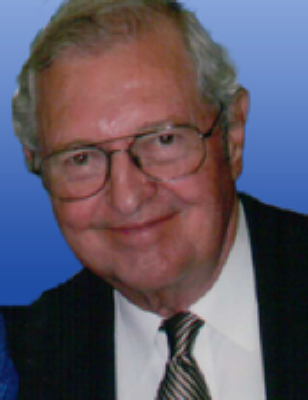