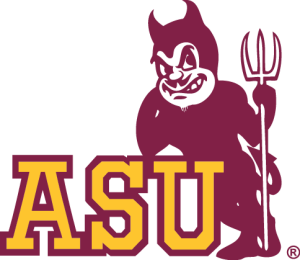 Salvatore Joseph Giorlando, Jr. (Sal) passed away in his home on August 6, 2022 just one week away from his 89th birthday after a long illness. Sal was born in New York City to Anne and Salvatore, Sr. on August 13, 1933, and raised in the Bronx. He was a graduate of Stuyvesant High School in New York City with a technical degree and worked for the Ford Motor Company in conjunction with projects assigned to Sperry Corporation. Sal moved to Phoenix, Arizona on Christmas Eve, 1957. He was an innovator in Phoenix in the drafting, CAD and engineering services field, eventually retiring from Tad Technical Services (ADECCO) in 1998. He was a founding member of St.  Daniels Catholic Church (1959) where he served on the Finance Committee and, years later, as a member of the Finance Committee at St. Maria Goretti Parish. Sal, with 7 other parents, opened the first Montessori Preschool in Phoenix, AZ in 1965. He was an avid baseball fan, with a passionate dedication to the New York Yankees, and donated his time to Salt River Little League in Scottsdale as baseball coach (1968). He enjoyed ASU football, as a season ticket holder for 44 years. Sal was accomplished in sailing and enjoyed many weeks a year sailing his boat on local lakes, at Mission Bay CA, and the Pacific Ocean.  He bowled for 20 years in various leagues, one of which led him to a tournament in Reno, NV.

He was a supporter of the volunteer fire department in the mountain community of Walker, AZ where he and Janice lived in cool comfort for 6 months of the year with their many wild birds and "deer" friends.

Sal is survived by his wife of 63 years, Janice, sons Salvatore III and John (Leasa), as well as by his precious 7 grandchildren, Sal IV (Jamie), Jenny Giorlando Kenney (Josh), Anthony, Ana, Michael, Thomas, Brian, and 9 great-grandchildren Joseph, Maddie, Michael, James, twins Matthew and Mark, Jacob, Jaxon and Jesse with whom he loved to spend his time.

In lieu of flowers, we would ask for donations be made in his memory to Americare Hospice and Palliative Care, 1212 N. Spencer St., Mesa, AZ 85203.