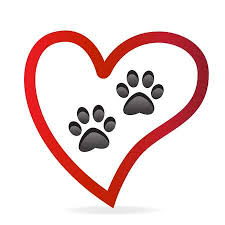 Carrollton, Missouri, where he met and married his wife of 66 years, Betty Blakeley.   He attended Drake University, then the University of Missouri, graduating from the School of Veterinary Medicine.  He was a member of Sigma Nu Fraternity.  After serving several years in the Army, he was discharged with the rank of Captain and moved to Phoenix, joining the veterinary practice at Kindness Animal Hospital.  In 1961, he acquired Animal Hospital on Scottsdale Road and practiced there until retirement.  During his professional life, he was a member of the Arizona and American Veterinary Medical Associations, the Scottsdale Charros, the Scottsdale Chamber of Commerce, the Civitan Club,

and Arizona Country Club.  He enjoyed every activity Lake Powell had to offer, his Gold Wing

motorcycle and model planes.  His first love, however, was flying as a private pilot, and he hangared a succession of light aircraft at both Sky Harbor and Falcon Field over the years.  He ended his flying career at age 89 in a beloved Cessna L-19 “Bird Dog”.  After retirement, he and Betty spent the Arizona summers in Munds Park, AZ, where he golfed with many good friends at Pinewood Country Club.

Bill was preceded in death by their daughter, Robin McEwen.  He is survived by his wife, Betty;  their daughter, Melinda Knoche, husband Bill and their sons, Craig and Drew;  Robin's husband, Scott McEwen, and their children, Heather (Ted) Goldman and Reid McEwen;  great-grandchildren  McEwen Treuthart and Robin Rachel Goldman;  Bill's sister, Martha Kuenzi;  and many loved nieces and nephews.

Services will be private, but friends are invited to a good-memories reception on Tuesday,

Donations may be made to the Scottsdale Charros.  And we wish to thank Homestead Hospice and the Flamingo ALH for Bill's kind care.

To send flowers to the family or plant a tree in memory of William, please visit our floral store.