Share a memory
Obituary & Services
Tribute Wall
Read more about the life story of Leo and share your memory.

Leo was born on December 23, 1943, to Anna May West and Ersel Hill Beus in Burley, Idaho.  He was the youngest of four children, West, Olive, and Rodney. Leo came from a farming family, spending most of his childhood years in Nyssa, Oregon and Othello, Washington working on the family farm. His father taught him the value of engaging in and enjoying work.  This made a lasting impression on him throughout his life.  He attended high school in Othello, Washington, graduating in 1962.  Leo served as student body president and captain of the football team.

Leo attended Brigham Young University for one semester before serving a mission for The Church of Jesus Christ of Latter-day Saints in the Netherlands.  Upon his arrival home, Leo returned to BYU in the fall of 1965 on a full academic scholarship. It was early in his life that Leo decided farming was not for him, and “with or without wisdom,” decided to become a lawyer!

While at BYU, Leo served as a student body officer and on the debate team with Paul Gilbert as his debate partner.  In November of that year, Leo was set up by his cousin on a blind date with Annette Rowland.  They married in the Salt Lake City Temple on April 5, 1967.   Leo graduated from BYU in 1967 and entered law school at the University of Michigan in the fall of that same year. He graduated from law school in 1970.  Leo and Annette became the parents of four children, Michael Shane, Lindsey, Patrick Shannon and Ryan David.

Following law school, Phoenix, Arizona became the new home for the Beus family as Leo joined the law firm of Jennings, Strouss and Salmon.  In 1982, Paul Gilbert and Leo joined forces to start their own firm—Beus Gilbert, Wake, & Morrill PLLC. In 2018 Patrick J. McGroder III joined the firm as a name partner.  The name of the firm is now Beus Gilbert McGroder PLLC.  Leo loved his practice of law and excelled in his profession.

Equal to his love of law, Leo loved missionary work.  He was an active member of The Church of Jesus Christ of Latter-day Saints, serving twice as a bishop, once as bishop of young single adults in the Tempe Towne Lake Ward and again, as bishop of mid-single adults in the Tempe Single Adult Ward.  He and Annette mentored hundreds of members of these wards for many years and loved every one of them.

In his later years, Arizona State University became one of Leo’s passions. He fully embraced their vision for education for all, regardless of race or faith. Leo would often be seen at a sporting event or working to raise funds for various needs on campus. His involvement with ASU was a highlight in Leo’s life.

In lieu of flowers, the family requests that you pick up someone’s tab in honor of Leo. 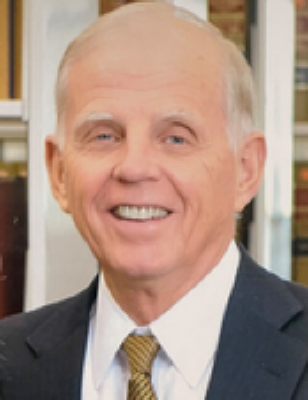 You can still show your support by sending flowers directly to the family, or by planting a memorial tree in the memory of Leo Ray Beus
SHARE OBITUARY
© 2022 Messinger Mortuary. All Rights Reserved. Funeral Home website by CFS & TA | Terms of Use | Privacy Policy | Accessibility