Read more about the life story of Margaret and share your memory.

Margaret Alice Conn, nee Duvall, passed away on November 7, 2022, in Fountain Hills, Arizona from complications related to Multiple Myeloma, which she bravely battled for many years.  Margaret began her extraordinary life on May 4, 1934, in Washington DC where she was born to James Herbert and Alice Mae Duvall.

After graduating from Woodrow Wilson High School in Washington DC, she went to work at the National Security Agency where she was a cherished employee.  At NSA, she met and married Jackie Ray Conn of Houston Texas in 1958. Together, they lived in Beltsville Maryland raising two daughters, Lisa and Alice Lynne.  Margaret was an amazing mother who continually brought fun and joy to her family and friends.  The house was perpetually filled with playing children, pets, and song.

In addition to being an active wife, mother and daughter, Margaret was active in Eastern Star, leading her chapter as Worthy Matron and chairing two National Eastern Star conventions where she imagined and created magical experiences that all enjoyed.

When her daughters entered college, Margaret returned to work as a legal secretary and enrolled in the University of Maryland, earning a paralegal degree. With this degree, she went to work for the Montgomery County State’s Attorneys office as a victim/witness coordinator helping crime victims prepare for their court hearings. She loved her work and found great joy in her colleagues, the law, and the many victims she helped.

In the early 1980’s, she and Jack moved to Brussels Belgium where Jack served a tour at NATO.  Margaret traveled extensively and participated with the NATO wives’ group. In Europe, Margaret made great friends and loved the European lifestyle.  They were at NATO for 7 years, then returned to the US eventually settling in Centennial, Colorado outside of Denver.  Margaret and Jack quickly developed a cadre of new friends in Denver and regularly participated in wine tastings, New Comers, the local Men’s Club, and playing lots of Mah Jong.

Simultaneously, they built a house in the Alsace region of France and spent summers there for the next 20 years, surrounded by wine vineyards, quaint villages, and loving neighbors. Their house was always filled with visitors from the US and Europe, and it became a frequent annual meeting place for a special group of friends from across Europe – the “Ducks” - that they had met at NATO.

Margaret is survived by her faithful husband of 65 years, Jack; her loving daughters, Lisa Conn and Alice Fawver; her devoted son-in-law Bill Fawver; her grand dog Prada; and numerous friends and family members that held her dear. She will be truly missed, but all will be comforted by the wonderful, zany memories of good times with Margaret that will be cherished always.

A Celebration of Life will be held in Centennial Colorado in January and more details will be provided in the coming weeks.  In lieu of flowers, please send donations to the Multiple Myeloma Research Foundation Donate Today to Help Find a Cure for Multiple Myeloma | The MMRF.

Rest in peace our dear Mother … 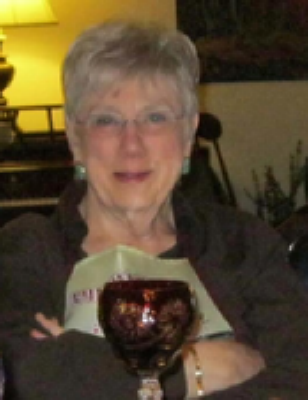 You can still show your support by sending flowers directly to the family, or by planting a memorial tree in the memory of Margaret Alice (Duvall) Conn
SHARE OBITUARY
© 2022 Messinger Mortuary. All Rights Reserved. Funeral Home website by CFS & TA | Terms of Use | Privacy Policy | Accessibility