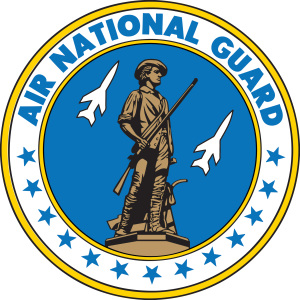 Peter Cavallero, 80, of Phoenix, Arizona passed comfortably on Wednesday, 22Jun22, after experiencing a reoccurring bout of aspirational pneumonia, and COPD.

Peter was born 13Jul41, in Niagara Falls, New York to Anthony and Nancy (Cicero) Cavallero. Niagara Falls was home until his move to Phoenix in 1978. Peter is preceded in death by his parents, his sister Henrietta Kroth, and his son Peter James Cavallero. Peter is survived by his sister Sally Jurecki, his children Veronica Cavallero (AZ), Brian (Jonelle) Cavallero (SD) and Christopher (Stacy) Cavallero (MN); 9 grandchildren – Jeffrey Schultz (CO), Jeremy Schultz (IN), Nancy Cavallero and Leonard Cavallero (SD), Hunter, Keegan, and Averie Cavallero (MN) and Anthony and Warren Cavallero (OH), plus his great grandchildren Addison Schultz and Landon Boling (IN). He also leaves behind his friend Patricia Schirmang (SD), as well as numerous nieces, nephews, cousins, and other family members and friends. Peter was the patriarch of the Cavallero Family, and will be greatly missed.

Peter spent 39 years, 2 months, and 15 days in the U.S. Army/Air National Guard (ANG). He was originally stationed in Fort Ord, California for the first few years of his fledgling career. He then joined the 107th Air Refueling Wing in his hometown of Niagara Falls, New York as a Personnel Specialist, enlisting and discharging people from the ANG. On 08Jun68 (his daughter’s 6th birthday) Peter headed to Vietnam where he rotated thousands of personnel in and out of service. While in Vietnam, Peter and some of his fellow guardsman visited a nearby orphanage, they quickly realized there was a lack of basic needs, so he coordinated with a group of ANG wives back home, including his, and the ‘Waiting Wives of the 107th’ started a clothing drive which ultimately led to Peter and his fellow guardsman delivering the much-needed supplies to the orphanage. This was a point of pride for him, proudly showing that ‘even in the worst of times, the best of people can find ways to share and raise up those around them’. Upon his return from Vietnam Peter worked as a Pay Supervisor until 1978, at which time he moved to Phoenix, AZ. and joined the 161st Air Refueling Group (Copperheads). In Phoenix he was a Chief Master Sergeant and acted as the Personnel Superintendent for 10 years. Peter’s service led him over to Italy to handle in and out processing in support of the efforts of the Bosnian War.

Peter was also involved for numerous years with the Enlisted Association (EANGUS) and worked to coordinate personnel issues within units, manpower, promotions, etc. A highlight of his time with the EANGUS was having a bill passed by Congress, in 1993, that significantly changed the retired pay computation for enlisted members.

His final position with the 161st was as the ANG Chief of Police, ensuring the security of the planes on the runway, as well as overall base security. Retirement occurred on 31Jan99. However, as with much of Peter’s military career he was driven to help others and soon became a paralegal in a law firm of a friend and former JAG/Colonel. Peter was very passionate about what he was able to do to assist fellow veterans. This was the job he was meant to do, and with his prior military service it was a win-win; he enjoyed going to the office every day knowing he could make a difference. Further information about Peter’s career can be found at  Since You Asked | Veterans Heritage Project, Phoenix Edition II.

Peter was an avid bowler, for years he was on numerous leagues and traveled quite frequently for team and individual competitions. Here he found great enjoyment in strategically lining up and knocking down the pins, as well as numerous friendships. On 08Apr08 he threw a sanctioned 300 game, which brought him great pride. His children can attest to his obsession with bowling, having spent too many weekends to count watching bowling on television. From owning 14 bowling balls at the peak of his ‘obsession’ (you have to be able to adjust for oily or dry lanes or be able to get the necessary spin) to a Saturday afternoon at the bowling alley it was all great fun, especially the one time, during the release, his thumb stuck in the hole of the ball and when it finally released, on the full upswing, the ball hit the ceiling and came bouncing down in the next lane. Having his children there to witness this great bowling mistake lead to years of gentle teasing, especially when he bowled his 300 – ‘remember when…’

Don’t even ask about Peter’s cooking fiascos…there were too many to count, but generations will have memories of some of the misses. Everyone knows it’s never smart to try a new recipe when cooking a holiday meal for a crowd, except for Peter. There is the “turkey incident” (Thanksgiving), and the “rib  incident” (4th of July)…and the green olives in red sauce (Christmas) – feel free to ask his children about these, and even his grandchildren. He was almost always a good sport when teased years later!

Peter was also involved for many years with the Knights of Columbus and the Fourth Degree Assembly where he served in various positions. In addition, he was involved with the Franciscans, both at Corpus Christi Catholic Church.

He was a devout Catholic and strong believer that God was waiting for him at the end of this life to welcome him with open arms. This alone gives his loved one’s great comfort knowing that he is finally home.

Romans 10:13 For ‘whoever calls on the name of the Lord will be saved”

A recitation of the rosary will be said at 9:30am with a Mass of Christian Burial beginning at 10:00am on Wednesday 29Jun22, at Corpus Christi Catholic Church, Phoenix; Military burial will be immediately following at the National Memorial Cemetery of Arizona, Phoenix. With a reception to follow, information will be provided the day of the service.

In lieu of flowers, please consider donations to the COPD Foundation.