Plant a tree in memory of Ruth
An environmentally-friendly option 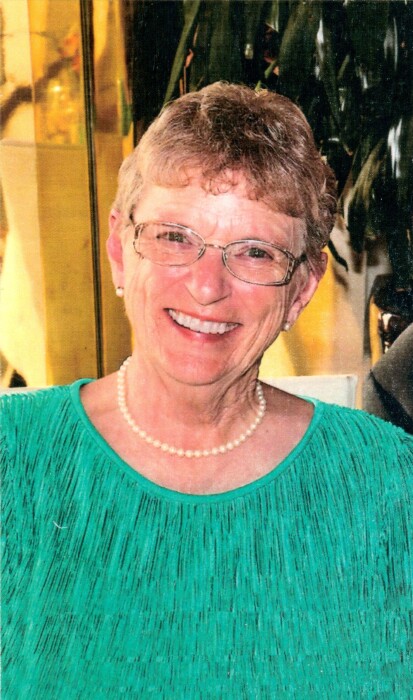 Born in Johnstown, PA, Ruth was raised in South Fork, PA by her parents William and Mary Yeager. After high school, she attended nursing school in Cleveland, OH. Once she graduated, she worked in the same teaching hospital to pay off her student debt. As part of her life, she sang, played piano and danced in a small musical group. She moved to Arizona in 1970 and in 1972, met John McKain at Grace Community Church in Tempe. They were married on February 15, 1974 at the church. Since then, they traveled every year visiting all US states, all Canadian provinces, and half the Mexican states plus foreign travel. They camped, backpacked, made horseback trips, Jeeped, enjoyed road trips, train trips, and took their own boat for vacations, including 1,100 miles on the Tennessee and Cumberland Rivers. After working in the Phoenix area, they retired to Payson in 1999 where they had a custom home built and lived there for more than 20 years. They are members of Ponderosa Bible Church.

Upon retirement they expanded travel to upwards of six months a year, mostly foreign. In the more than 20 years of retirement travel, they visited 117 countries and every continent. They had amazing adventures on these trips. They enjoyed an African photo safari, seeing the polar bears on Hudson Bay, an archery contest in Bhutan, two boat trips to Antarctica, seeing an active volcano in Guatemala, a voyage in the Galapagos Islands, the fjords of Norway, a circumnavigation of South America, two world cruises, Easter Island, cruises on the Nile in Egypt, the Yangtze in China, the Rhine and Danube in Europe, the Volga in Russia, the Mackenzie in Canada, the Amazon in Peru and Brazil, and many American rivers. They saw the Taj Mahal at sunrise and Angkor Wat at sunset. They were in countries from Albania to Zimbabwe, including many that are difficult to visit. Ruthie was an intrepid traveler and enjoyed every trip. She was my joyous, exuberant, vibrant darling, and I will always remember the love we shared and our happy times together. She will be with me in spirit for the rest of my days. She is survived by her husband John, children Mark (Kate) McKain, Kim (John) Melvin, six grandchildren and one great-grandson, plus many nieces and nephews around Arizona and Ohio. She will be missed. Her final resting place will be Mountain Meadows Memorial Park in Payson. There will not be a funeral, but a memorial service will be held at a later time.

“When days are sad and lonely, and everything goes wrong, we seem to hear your whisper: Cheer up and carry on. Every time we see your picture, you smile and seem to say, don’t cry, I’m only sleeping, we’ll meet again someday. You gave no one a last farewell, nor even said goodbye. You were gone before we knew it, and only God knows why. A million times we’ll miss you. A million times we’ll cry. If love alone could have saved you, you never would have died. In life we loved you dearly. In death we love you still. In our hearts you hold a place that no one else can ever fill. It broke our hearts to lose you, but you didn’t go alone, for part of us went with you the day God took you home”- Anon.

Plant a tree in memory of Ruth by clicking here.
To send flowers to Ruth's family, please visit our floral store.

Plant a tree in memory of Ruth
An environmentally-friendly option

Plant a tree in memory of Ruth

16 trees planted in memory of Ruth

Ruthie, always vibrant and caring, will be missed. John and Ruthie experienced many adventures and celebrations. John, we know you cherish those memories; we hope they give you comfort and strength.
Phil & Laura

With deep sympathy. My heart and prayers are with you Cousin. Clyde
Clyde Stephenson

A good and helpful neighbor when I was in need of advice or help. My sympathy to you. You had a wonderful life and many adventures.
Carol Byerley

Ruthie remains in our hearts. We have many memories of John and Ruth dating back many years. They made an amazing couple and contributed so much together.
Stan & Evelyn Settles

My sincere sympathy, John. Ruth is gone much too soon. You two had so much more you wanted to do together. Even though I didn't see you two very often, my friends and I talked about your reports.
Love, Mary Seeman

A Memorial Tree was ordered in memory of Ruth Ann McKain by Love, Mary Seeman.  Plant a Tree

Plant a tree in memory of Ruth