Read more about the life story of Stanton and share your memory.

Major Stanton “Stan” Conrad Young, (U.S. Army, Ret.), 90, of Fountain Hills, passed away on November 9, 2022. Stan was born March 2, 1932, in Louisville, Kentucky, to John August and Kathleen (Klinker) Young. He attended Louisville Male High School and Eastern Kentucky State College in Richmond, where he completed the Senior ROTC program and earned a Bachelor of Arts in History in 1954. After graduation, Stan was commissioned in the U.S. Army Reserve, beginning his 20-year career, proudly serving his country in various roles. After two years of training at Ft. Still, Oklahoma, Stan spent the next three years stationed in Frankfurt, Germany, during which time he met his future wife, Barbara (née Compton), who was also in Frankfurt, working for the U.S. Government.  After a six-month courtship, they were married June 21, 1959, in her hometown of Fairmount, Indiana. Stan’s military career required several relocations, especially during the early years of their marriage. Over the years, they lived at Ft. Lewis, Washington, Ft. Ord, California, Ft. Knox, Kentucky, Ft. Benjamin Harrison, Indiana, and Ft. Sheridan, Illinois. They also lived in Thailand for two years, where Stan served as an advisor to the Royal Thai Army (1962-64), and for which he received a letter of commendation for meritorious service in his advisory duties. He served two tours in Vietnam as a field artillery officer, receiving numerous awards and commendations, including the Bronze Star Medal for Meritorious Service and the Army Commendation Medal for Meritorious Service. Stan also spent two years working as an instructor at the U.S. Army Finance School at Ft. Benjamin Harrison.  Following his retirement from the U.S. Army in 1974, Stan and Barbara, along with their two young children, relocated to Scottsdale where they lived until moving to Fountain Hills in 2016.

Stan received his Master of Business Administration degree from Arizona State University in 1977 and worked in real estate for several years, later working as a security officer until retirement. Stan and Barbara were members of Valley Presbyterian Church since 1974 and enjoyed entertaining and socializing with friends and neighbors while living in Scottsdale. Stan kept active in retirement through volunteer service in his community, for which he was recognized with the President’s Volunteer Service Award in 2005. He also enjoyed participating in community education programs such as the Rural/Metro Fire Department Citizens Academy. Stan and Barbara enjoyed their final years living in Fountain Hills as residents of the Fountain View Village community. They had many adventures together during their 61 years of marriage and remained devoted to one another, until Barbara’s passing in 2020.  Stan was a loving father and grandfather and will be greatly missed by all who knew him.

Stan’s family would like to extend their sincere thanks to his caregivers at Fountain View Village Memory Care and Skilled Nursing, HonorHealth Scottsdale Shea Medical Center, and Hospice of the Valley Sherman House in Phoenix. Services will be private. In lieu of flowers, memorial contributions may be made to an organization of your choice. 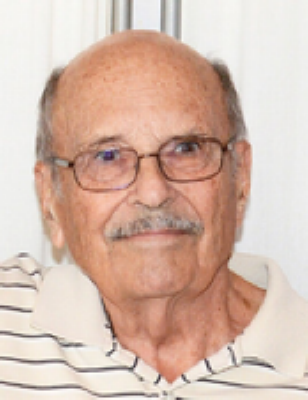 You can still show your support by sending flowers directly to the family, or by planting a memorial tree in the memory of Stanton C. Young
SHARE OBITUARY
© 2022 Messinger Mortuary. All Rights Reserved. Funeral Home website by CFS & TA | Terms of Use | Privacy Policy | Accessibility